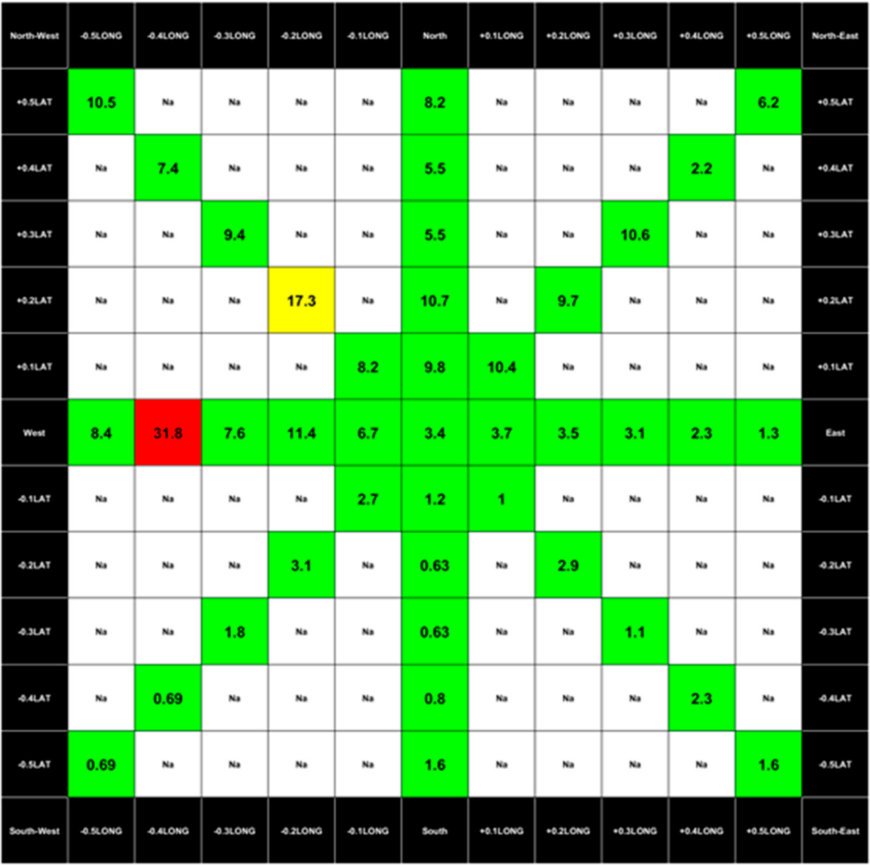 A new paper has been published in Geosciences and is now online.

Abstract: The number of natural catastrophes that affect people worldwide
is increasing; among these, the hydro-meteorological events represent the
worst scenario due to the thousands of deaths and huge damages to private
and state ownership they can cause. To prevent this, besides various
structural measures, many non-structural solutions, such as the implementation
of flood warning systems, have been proposed in recent years.
In this study, we suggest a low computational cost method to produce
a probabilistic flood prediction system using a single forecast
precipitation scenario perturbed via a spatial shift. In fact, it is well-known
that accurate forecasts of heavy precipitation, especially associated with deep
moist convection, are challenging due to uncertainties arising from the numerical
weather prediction (NWP), and high sensitivity to misrepresentation of the initial
atmospheric state. Inaccuracies in precipitation forecasts are partially due
to spatial misplacing. To produce hydro-meteorological simulations and forecasts,
we use a flood forecasting system which comprises the physically-based
rainfall-runoff hydrological model FEST-WB developed by the Politecnico di Milano,
and the MOLOCH meteorological model provided by the Institute of
Atmospheric Sciences and Climate (CNR-ISAC). The areas of study are
the hydrological basins of the rivers Seveso, Olona, and Lambro located in
the northern part of Milan city (northern Italy) where this system works every
day in real-time. In this paper, we show the performance of reforecasts carried
out between the years 2012 and 2015: in particular, we explore the ‘Shift-Target’ (ST)
approach in order to obtain 40 ensemble members, which we assume equally likely,
derived from the available deterministic precipitation forecast. Performances are
shown through statistical indexes based on exceeding the threshold for different
gauge stations over the three hydrological basins. Results highlight how the Shift-Target
approach complements the deterministic MOLOCH-based flood forecast for warning purposes

The ‘shift-target’ approach by Giovanni Ravazzani is licensed under a Creative Commons Attribution-NonCommercial 4.0 International License.